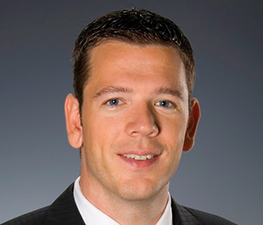 Frank founded Snowcap Data in 2012. He started his career 20 years ago in the IT and technology field with a specific focus on information and data.

He worked for many successful companies in Germany like Süd-Westdeutsche Inkasso GmbH; Credidata GmbH; InFoScore Software Service GmbH and eScore GmbH which have all been acquired by a larger Group (Avarto InfoScore Groupe). He was responsible for developing new technologies, software and IT solutions.

Frank started an IT and advisory company in the field of information, mainly for large database operators before launching Inobas in 2001.

Frank holds a German degree in the fields of IT and Technology (“Ausbildung zum Datenverarbeitungskaufmann”), which is considered a high standard of education level for IT expert. His interest is wine and he owns a spectacular cellar. 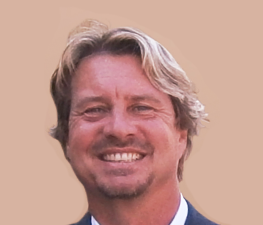 Rohatsch is a seasoned executive having served as CEO and founder of multiple companies. He specializes in Mergers and Acquisitions. fund raising and successfully manages his own private equity fund. He is Managing Director of Inobas GmbH and CEO of Medone GmbH. In the past he served as CFO of Online USV Systeme AG, CEO of eScore GmbH (InFoScore Group) and the Managing Director of HHS Wirtschaftsberatung GmbH. His interests include travelling, sailing, water skiing, and squash besides challenging projects and rosato. 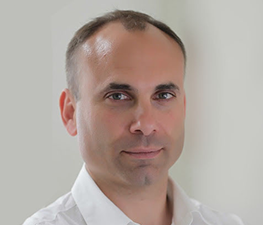 Carl recently served as Vice-President of Business Development for TuneIn, Inc.  He started his career as a litigator for Paul, Weiss, Rifkind, Wharton & Garrison.

He has over 12 years’ experience in digital media and services. He played a major role in building ‘TuneIn’ – An online service aggregating audio content from around the world. TuneIn is now a major global on-line service with over 50 million users from over 200 countries and territories.  He built strategic alliances for the company and helped in licensing and distribution for both the consumer electronics, automotive and mobile business units.

Rohling was a corporate attorney for Fried, Frank, Harris, Shriver & Jacobson in New York City and a litigation attorney for Paul, Weiss, Rifkind, Wharton & Garrison working out of their New York, Hong Kong and Tokyo offices.

Carl enjoys running, skiing, travelling and spending time with his three children. He believes “Genius is 1% talent and 99% hard work.” 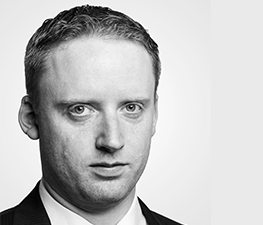 Philip is a leading systems architect with over 15 years experience designing backend systems in database and web mining domains.  He is the key architect for the platform and production environments which have matured over the past 10 years to power market-ready products for Snowcap Data.  He continues to improve production environment using the latest hardware, software and web service tools to optimize the speed and accuracy at which Snowcap can extract and productize data from the Internet. Blatter is an avid comic book reader.  He loves playing the violin and watching the Big Bang theory. He is a connoisseur of Colombian coffee and enjoys traveling around the globe.

To produce high quality, cost effective data solutions for businesses to make smarter decisions based on real-time and accurate information found on the Internet.

At Snowcap, we are passionate about creating efficiencies and driving intelligence for businesses to gain competitive advantage. The explosion of unstructured data on the Internet spurs us to produce cost-effective data products. Our approach is to take “Big Data” and deliver on the promise of producing actionable data. We constantly evaluate shifts in the marketplace where our real-time web based data products and monitoring services can be deployed or developed to improve a company’s internal processes to reduce costs with data automation.

Snowcap is a team of highly skilled and successful professionals who are seasoned entrepreneurs. We offer a fast paced startup environment to learn and grow in the Internet data products & services industry.

How is Snowcap different from the dozens of web crawling companies in the market?⊟⊞

Snowcap produces consumable data products. Web crawling is basically a commodity and a small step in the data production process. We specialize in creating structure and context from the data which is difficult and requires years of experience before it is effective.

Why do we need Snowcap with Google already dominating Internet search?⊟⊞

There is no better option for search than Google. But Google is built on the premise that their Google-bot visits web page URLs and indexes all of the words it sees and their location on each page. Google does not extract any of the data or structure it for a user who might want a list of Starbuck locations in the US, for example.

From what data sources does Snowcap access to build their data products?⊟⊞

Snowcap extracts data from Internet sources. Sometimes, we license or purchase data from third parties or government agencies to complete a solution.

How can Snowcap structure data so quickly from largely unstructured data sources?⊟⊞

How is the data delivered to Snowcap customers?⊟⊞

Snowcap can structure their service on a SaaS or as an actual deliverable in most popular formats .xls, .csvjson, html, xml or as a file via ftp.

Does Snowcap provide a SLA with their data solutions?⊟⊞

Yes, we have standard service level agreement which is customized for each product or solution delivery. While Snowcap does not guarantee the availability of all data from the Internet, we do ensure that our data products meet a threshold of accuracy and score.

What is the average time to develop my data solution?⊟⊞

Product lifecycles vary on a case-to-case basis.  However, an average product from initial collaboration to QA and deployment is usually 2 months.

How long has Snowcap been in business?⊟⊞

Snowcap was formed in 2012 to address demand from the US data market.  Our founders have been building data products and solutions since in 2002 for the European markets.

Does Snowcap offers solutions outside of the US markets?⊟⊞

Yes, while Snowcap is focused on the United States, our technology is geographically agnostic and our data products are tied to the web-based sources which will vary on a country-by-country basis.

Write to us to learn how Snowcap can help your business